The MSP430 Launchpad is an inexpensive vehicle to dive into TIs MSP40 microprocessor architecture. To simplify programming the MSP430 there is a fork of the well-known Arduino environment for the MSP430 – the ‘Energia’ project. After download from [1] the software is easily installed on MS-Windows, Linux and Mac-OS X systems (I only tried Linux so far). For  testing purposes, I installed it in an existing Ubuntu 12.04 LTS system. ‘Energia’ needs the openjdk-7-jre Java runtime (such as Arduino, since it is a fork of Arduino and uses Java). After installation, ‘Energia’ pops up  with a reddish color scheme: 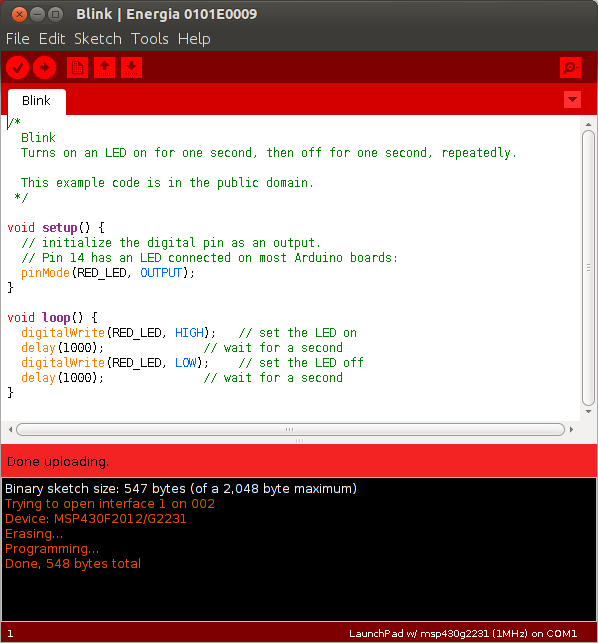 For proper operation as an ordinary user, I had to add the following udev-rule named  ’99-zzz-ttyACM.rules’ to the /etc/udev/rules.d directory (as superuser due to permissions):

Change [YOURGROUP] to the Linux user group you are in.